All of society was open to investigation, and the sleuth would encounter powerful politicians, Hollywood stars, gun-toting goons and crazed junkies, all in the same story, in his search for truth. The other striking aspect of American private-eye fiction, usually written in the first person, was the language. The voice of the detective was tough, simple, evocative. Sometimes, that voice is so good that the reader doesn't even care who the murderer is. When Hollywood employed William Faulkner to write the screenplay for the film of Chandler's The Big Sleep, after months of befuddlement, Faulkner called up Chandler and asked: "Who killed the driver?

Chandler reread his own book and admitted that he had no clue. But that hasn't stopped The Big Sleep from being acclaimed as one of the greatest detective novels of all time, a modern classic and so on.

The last great craftsman of this American genre was Ross Macdonald. His novels are grand Greek tragedies in disguise, usually having at its core a terrible decades-old secret that suddenly rears its head and destroys placid lives. His plotting is matchless, and his detective Lew Archer's voice beautiful in its quiet disillusionment "As I drove away, the lights of the city receded behind me like shards of broken dreams".

Though Macdonald is now forgotten, in the s, he was the world's largest-selling detective fiction writer, his Archer novels making it to every bestseller list. But today, no one's satisfied with anything less than a serial killer. And the crazier he or she is, and the more gruesome the ways of murder, the better. Maybe it was Hannibal Lecter who changed it all. And when there's a Satan-worshipping psycho on the loose, it has to be the FBI or the Scotland Yard or alcoholic Scandinavian policemen.

Of course, Jo Nesbo's Harry Hole novels are sleep-banishingly gripping, but the basic difference IMHO between Nesbo and other bestselling authors of his ilk is how deep into the dark their imaginations can travel on the brutality-of-crime spectrum. The author who can think up more terrible ways to kill a human being than his competitors, wins. In that little English St Mary Mead-like village I visited, sitting in a tavern, I closely scrutinised the faces of the customers.

Who could have murder in his heart?

Who had quietly poisoned his wife a few years ago and no one suspected any foul play? They all looked like perfectly regular citizens. But then, I told myself, that was the whole point. In those old whodunits, no one drew pentagrams in blood and invoked Beelzebub on full-moon nights and went out with a specially desecrated hatchet. Regular people killed for property, passion, revenge. That's the way it still is in the real world. Except that that's not exciting enough any more for us. We need identifiable derangement to excite us, which is beyond the ken of the solitary sleuth's deductive logic.

Could it be because we now know that all of us are anyway capable of the regular murder?


Free delivery worldwide. Expected to be delivered to Germany by Christmas. 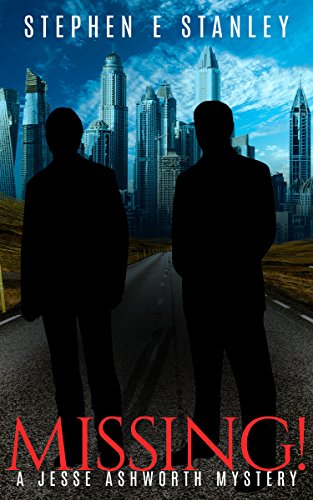 Description The Christmas season gets off to a rocky start in the sleepy coastal town of Bath, Maine, when a local shop keeper finds a body dressed as Santa Claus in the doorway of the shop. To make matters worse, a valuable Christmas treasure is stolen from All Souls Church.

The identity of the dead man stumps the local police, and it falls to private detectives Jesse Ashworth and Tim Mallory to look for clues the police may have missed. It's been a slow season for the Bigg-Boyce Security Agency, known locally as the Big Boys' Detective Agency, but things begin to pick up when Tim and Jesse find themselves involved in three cases they must solve.

In addition, Jesse's old nemesis, Bitch Blair, is back in town after serving time in prison. Once again Jesse and Tim must navigate through the colorful assortment of local characters to look for solutions. People who bought this also bought. Murder on Mt.